In the past month, possibly longer than that. I’m not entirely sure, I’m just happy this is happening.

I am doing this as part of a mental health pledge http://www.time-to-change.org.uk

The BBC- BBC Three- started a string of programmes highlighting mental health. To anyone who doesn’t know mental health sort of revolves around your mind, such as the way you think, only overall it is a much bigger picture. Think of it, you have a headache, that automatically doesn’t mean you have brain cancer . Like physical illness, anyone can become mentally ill, it’s not just certain people and no one chooses to be, depressed, schizophrenic etc. Again like physical illness no one chooses to have a mental disorder.

In these illnesses, one person might not have the same symptoms as another person with that illness. Consider someone with Schizophrenia, now the image what comes with that illness is usually one of a person being crazy, listening to the voices in his or her head. Mental Health Awareness, is here to help people realise the picture is way bigger, for one most people with schizophrenia doesn’t act crazy, what people see in schizophrenia is the worst case scenario. And there are other symptoms other then hearing voices, some could have that and other symptoms, such as delusions or visual hallucinations or might not even hear voices at all.

Also, there are other illnesses where people can have hallucinations and delusions and not be Schizophrenic- So Please. Work on getting a mental health related degree before dishing out the diagnosis and crazy remarks! 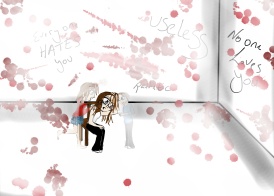 Psychosis- When someone experiences Hallucinations and/or Delusions is a symptom that is also seen in disorders such as Bipolar and Schizoaffective. Plus even those under stress can be known to trigger a psychotic break.

Another assumption is that someone with a Mental illness cannot do things like a, “Normal,” Person. Now for you who think that, give a definition on what you think is normal. Plus consider, if you put away all the people with mental health issues, the amount of people on benefits would go up- and come on, majority of the UK population complain about those people who can work but don’t- Putting those with mental health problems in hospital will just cause the same problem, the NHS would have to care for said patients, and I’d like to think the human race have learned their lessons from the experiences patients went through in the first Bethlam, “Bedlam,” Asylum in the 1700’s, in the case of just leave them and experiment.

There are multiple people who have a mental illness who have achieved well in life, Van Gogh and Catherine Zeta Jones both have Bipolar disorder and are known. Everyone is known to suffer from anxiety sometimes, usually phobias are things there to keep the human race alive.

It’s hard to describe to someone who doesn’t experience and feel the way you feel. People can make assumptions, with these people saying over TV what they experience there is some hope that others will understand better. Charities like Mind and also the help the health care provides helps in time of need, underneath we are the same people you all probably know, there is no need to shy away. I think there is something wrong with the people who do distance themselves just because a person has a label/illness.

I’d consider myself lucky in one aspect. Truthfully 2/3 years ago I was diagnosed with Bipolar along with that I also have psychosis, derealisation, depersonalisation (this just means I think on occasions the world isn’t real and I’m not in control of my actions) and more recently I’ve been diagnosed with anxiety- run for the hills if you must with all these things, but I’ve 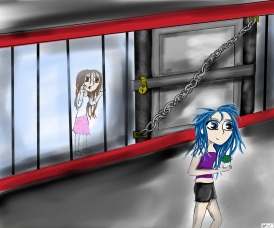 never pretended to be normal or blend in so it’s not one thing people can put against me. Now, the people I know have all stuck by me, we actually joke about it. People have asked, “What caused it?” Truthfully I put it back to my childhood/adolescence.

But it is hard to explain to others that the Bipolar thing isn’t just as simple as mood swings. Everyone has mood swings, us with Bipolar tend to have more… is Severe the right word? Mood Swings. The way I feel is that when I’m in the Manic (Really Really really happy) side of things I guess I could relate to myself when I’m drunk, it’s not just the mood thing that classes us as bipolar, it’s the actions too. Now this is where patients probably tend to differ. In a manic mood, some bipolar patients can become more chatty, confident, restless, thoughts become racing, it becomes hard to concentrate on one thing. It can become like one of those funny moments when you are having a conversation then all of a sudden you are distracted by a little thing. Some can be known to go on spending sprees. In the depressed side of things, things can start to slow down, self esteem and confidence become low, motivation to do anything gets drained out of you. It becomes hard because these moods can last weeks, it can become a cycle one fortnight you can be ready for doing anything the next the world sucks, life is hardly worth living. There can be a moment of normal mood. My experience of Bipolar, I actually find it hard to identify the normal moods. I started recognising there could be something wrong with my mood around five years ago, it took some years to finally admit the problem- when I nearly lost control due to anger, that’s when I waved the white flag. It also took some years to get a diagnosis. There can be a problem with diagnosing mood disorders in teenage years.

In the end, I have mental health conditions but it doesn’t make me less capable. I’m graduating from university, I have a book published, I consider myself good at art- well I have too having just finished an art degree- I’m happy with who I am plus I have a close group of friends who I wouldn’t loose for the world. The only people who say I’m not capable are the people who judge and possibly still see mental health conditions as this thing where the person is going to end up in a straight jacket in a padded cell. Personal experience at the job centre, I admitted I was bipolar and straight after the woman was suggesting I see the guy who helps people who won’t be able to keep a job. There are mental health charities such as Samaritans, Mind plus health providers who are here to help anyone suffering or who have concerns about mental health. They won’t judge, everyone will probably have an experience of depression or something.

Here’s to Mental Health Awareness and hoping people start to see insanity doesn’t come with with every mental illness! 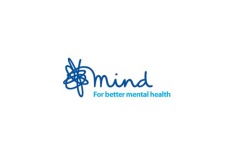 To sign the mental health pledge to promote awareness-  http://www.time-to-change.org.uk

For more information about Mind (An- in my opinion awesome- Mental Health Charity) http://www.mind.org.uk

My Art Website (Yay self promoting) As I am currently doing a project looking at mental health- I’ve used some pictures in this post- www.Nightmarecat.co.uk